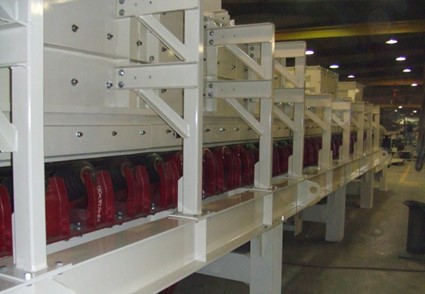 A coal-fired power plant under construction needed robust conveyors to handle high conveying rates and heavy usage cycles. The client also wanted the conveyers shipped assembled as much as possible, which because of their size, made careful loading imperative. Rapat supplied heavy-duty belt feeders for various areas of the plant. One was installed under the rotary car dumper that received the coal, while the other was placed under an emergency feed hopper. Two more were installed under the large hoppers that fed the crushers.